Showrunner Craig Mazin has boldly chosen to reinvent the traditionally far-flung cosmic scope of Doctor Who from the ground up, using Chernobyl to introduce us to a newly intimate and much more self-contained world for our old familiar friends to explore.

Still set on the planet Earth, in the 1980s, the last of the Time Lords (who are called simply “scientists”) live in grim, dismal isolation from the rest of the universe under the oppressive rule of a shadowy state organization, ominously known only as “The Soviet Union.”

The Time Lords had earlier helped this state to harness the power of stars, giving it access to unlimited energy, but once they had passed the knowledge along, the Soviet Union betrayed them. Instead of the creation of a utopian society, as had been promised, they planned to use this dangerous new technology for other evil and nefarious purposes….

Having abused the technology the Time Lords gave them, a simple experiment gone wrong causes the unthinkable to happen: that’s when the full wrath of an out-of-control star is let loose on the surface of the planet Earth …and there’s only one man who can stop it. 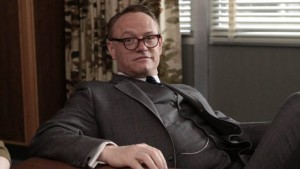 Harris breathes a refreshingly large dose of human vulnerability into a character who, in previous regenerations, has been portrayed as stoic, emotionally distant, and sometimes quite fearless.

Harris is none of these. But what will still be familiar to fans of the long-running show are the core tenets central to the Doctor’s identity: first, that he’s super smart, and second, that he has two hearts.

The nuance and grace with which Harris approaches this iconic role are superbly executed, a performance marvellous enough to rival the likes of Tom Baker and David Tennant in the minds of fans the world over.

Emily Watson plays the Doctor’s companion, a staple of any Doctor Who story since the very beginning.

Watson’s companion takes only the best of these from the milieu, forming a wholly new persona that blends the sophistication and class of a Romana, with the staggering capability of a Martha Jones, and the indomitable spirit of a Dona Noble, all rolled into a new fearsome, multidimensional character. 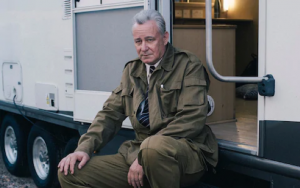 Stellan Skarsgård brings a much-needed anti-hero duality to the character of Brigadier Lethbridge-Stewart, reviving a beloved old role, but managing to take it to glorious new heights, as well as unplumbed depths….

This is a new type of Brigadier, one who is at times helping the Doctor, but at other times sabotaging him, the victim of his circumstance: a middle-man trapped in the gears of his world, squashed between the authority of his Soviet bosses on top, and the suffering of the Soviet people below. In the fascinating journey of Skarsgård’s Brigadier, no choice is an easy one.

Die-hard Whovians will be pleased to hear that even K-9 gets a cameo! Everyone’s favorite robot-dog from outer space makes a special appearance in Chernobyl to help our heroes as only he can, but I don’t want to give away any spoilers.

In this new Doctor Who adventure, Chernobyl, the performances are masterful, the special effects are spectacular, and the horror-movie makeup is wonderfully ghastly – but the science fiction…? Well, that leaves a little to be desired.

Because the main villain in this story is not any kind of sentient creature, but rather a purely evil and unfeeling thing – represented by a none too subtle Doorway to Hell – the exact workings of which never get fully explained. What does get explained, however, and at length, is just how ridiculously dangerous this mystical “technology” is.

For starters, it’s completely invisible – a fact that seems awfully convenient for the special effects department budget. And though you can’t see, nor hear, nor taste, nor smell it, its deadly force “radiates” outward in every direction, mercilessly microwaving whatever it passes through.

In the case of things like human bodies, this creates some truly grotesque outcomes, made all the more grotesque by the amount of time it might take for the injuries to fully manifest: sometimes in minutes, sometimes over the course of years. Indeed, it’s as if the writers sat down and drew up a list of all the most horrible things they could think of, and after they were done just threw a label on the top entitled, “Nuclear Fission,” and then called it a day.

For all the many unbelievable storylines and hokey plot devices in the great canon of Doctor Who – and there have certainly been some doozies! – this one might just take the cake. A gaping pit of death? A yawning hole in the ground, spewing hellfire, so fantastically deadly that merely looking at it can prove fatal? I’m sorry, but it’s a bit far-fetched, even for Doctor Who.

But I suppose it wouldn’t be Doctor Who without a little “timey-wimey,” or “it goes ding when there’s stuff,” now would it?

That was the lesson previous Who showrunner, Steven Moffatt, learned the hard way when he steered the franchise into a whole new direction with his offshoot, the BBC’s Sherlock, in 2010. 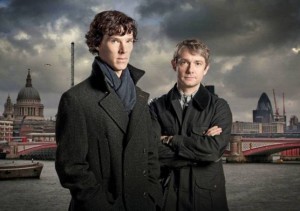 In that iteration, the Doctor, played by Benedict Cumberbatch, with Martin Freeman as his companion, showed us how the Doctor would solve incredible mysteries and resolve dire conflicts without the aid of any science-fictional deus ex machina whatsoever.

Moffatt’s aim with Sherlock was to tell the exact same kind of story as he had done with the 2005 Doctor Who reboot, but while keeping everything as “realistic” as possible, setting it in the present day, and only depicting technologies that actually existed.

The fatal flaw of Moffatt’s Sherlock Doctor, however, was in keeping too well with the youthful target age of his previous Doctor Who incarnation, which seemed to sink lower and lower with each new series. In short, it was a children’s show first, and something for discerning adults second (or maybe last).

That is, perhaps, where the greatest delight of Chernobyl comes from – in that it is a serious take on Doctor Who, with something serious to say, and it takes itself seriously while doing it.

And it is seriously a masterpiece.